So far two episodes of Stephen Poliakoff’s Close to the Enemy have been broadcast. Tonight BBC 2 will show episode 3, of a total of seven. Up till now, the actor we’ve seen most of is Jim Sturgess. In his role as intelligence officer Callum Ferguson, his task – and not an easy one – is to ‘turn’ Dieter Koeler (August Diehl), a German engineer, into working for the British on a jet engine.

Eager to go on leave, ‘rather overdue’ after the Second World War has ended, Ferguson is certain he can handle his task, which comes in handy, since he is only given three weeks to do it. Ferguson is pretty full of himself and arrogant throughout. (At least, I hope it is part of the role Jim Sturgess plays, and that it is not the actor’s personality shining through.) Sturgess developed his own technique: acting by leaning. Whether it is a doorpost or a pillar, we rarely see him standing straight.

I made a collage of photo’s I took from my television screen, while playing the first two episodes. Stills are taken in chronological order.

Would it be contagious? Or does it run in the family? See how Victor Ferguson (Freddie Highmore) is waiting in the hotel lobby for his brother Callum. 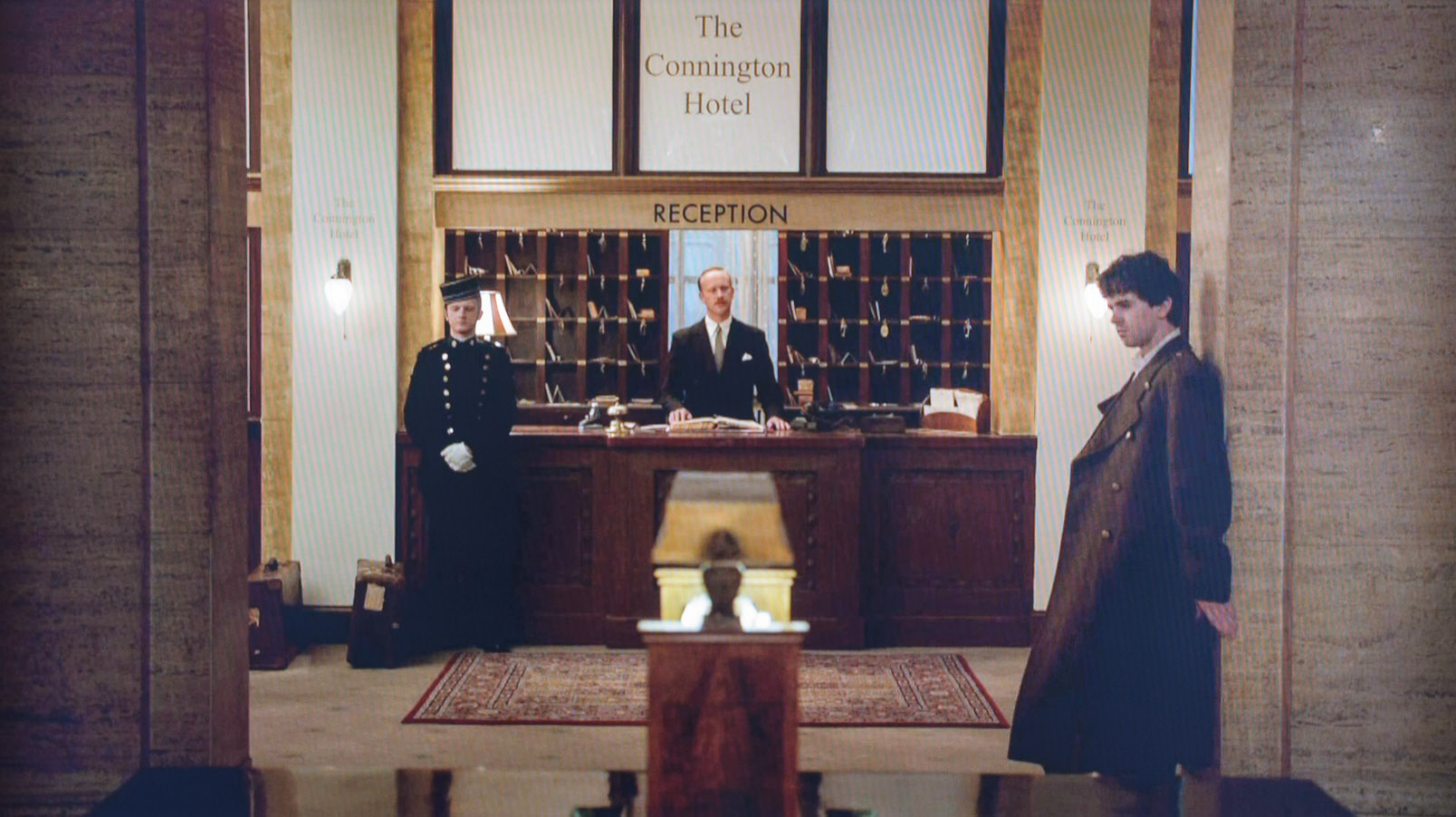 Stephen Poliakoff is renowned for television series with intricate relationships between the characters. I may have discovered an extra layer in the first episode of Close to the Enemy. It happened when I saw the credits, where the first name on the list was Lotte Koehler played by Lucy Ward. Now, it so happens that there was also a character named Lucy, played by Ciara Charteris. She is introduced by Alfred Molina in his role as Harold Lindsay-Jones with the words ‘This is my ward, Lucy.’

Obviously a coincidence. But a nice one.